MLS Power Rankings: LAFC and Philadelphia Union prove they're the cream of the West and East's crop 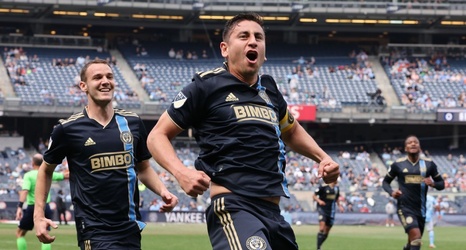 Twelve minutes into the lowly Vancouver Whitecaps' visit to LAFC, it looked as though goal scorer Tristan Blackmon was going to get one over on his former club. Then Ryan Hollingshead scored twice, Carlos Vela netted (as is tradition) and LAFC fought back from an early deficit to maintain their spot at the top of this week's edition of Power Rankings.

On the opposite coast, the Philadelphia Union traveled to the Bronx for a convincing win over reigning MLS Cup champion New York City FC, demonstrating that Jim Curtin's club is the cream of the Eastern Conference crop.