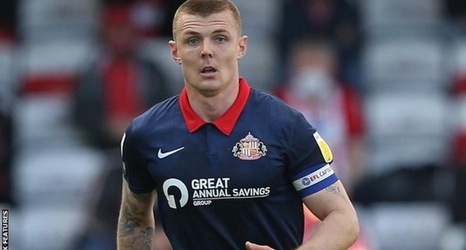 Sunderland have released seven players, including captain Max Power, after they were beaten in the League One play-off semi-finals by Lincoln.

The club said that Aiden McGeady, Denver Hume and Luke O'Nien "will be offered new deals".

Meanwhile, they are "in discussions" with striker Charlie Wyke.

Wyke scored 31 goals this season but his contract runs out at the end of June.

The Black Cats have exercised an option to extend defender Oliver Younger's deal by a further year until the end of the 2021-22 season.

It was understood that winger McGeady, 35, waived an agreement in his contract that would have automatically triggered an extension when he started in the second-leg against Lincoln on Saturday.