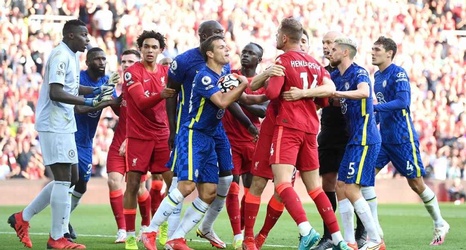 LIVERPOOL, England -- Forget the 1-1 result, which suggests two points were dropped by Liverpool and Chelsea in the early stages of their marathon pursuit of Premier League glory, and overlook the failure of either to cut loose and claim the victory that would have taken the winner to the top of the standings.

If Saturday's clash at Anfield told us anything, it was that these two teams have the quality, experience and durability to sustain a title challenge. This 90 minutes encapsulated the nine months ahead, with both sides riding the ups and downs and emerging unbowed at the end.