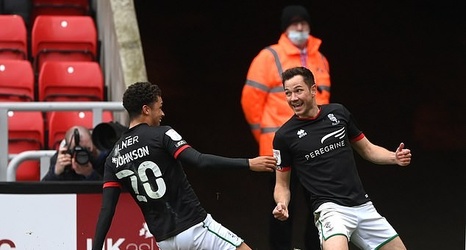 Wembley should hold no fear for Lincoln City after beating the noise and nerves of a feverish afternoon inside the Stadium of Light.

Whatever anxieties a trip to the national stadium may cause, it will not compare to the panic of the opening 45 minutes here, in which Lincoln's season threatened to close amid tears and terror.

They looked like little boys in need of a shoulder to cry on as 10,000 home fans defied their number to inspire their own team and intimidate the opposition.

Trailing 2-0 at half-time to goals from Ross Stewart and Charlie Wyke - the tie was now level on aggregate - Lincoln boss Michael Appleton feared the worst.