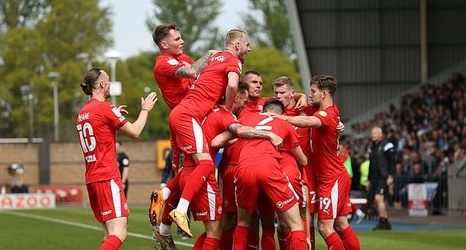 Wigan secured promotion to the Championship as they won the League One title in a dramatic final day in England's third tier.

The Latics secured a 3-0 victory away to Shrewsbury, while Rotherham also achieve automatic promotion as they won 2-0 against Gillingham, who suffered relegation.

MK Dons, Sheffield Wednesday, Sunderland and Wycombe will all compete in the play-offs.

As well as Gillingham, Doncaster and AFC Wimbledon have also been relegated.