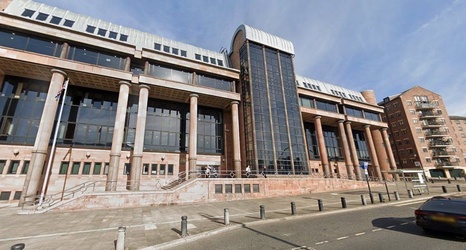 A former footballer has admitted killing his father on Christmas Eve.

Paul Conlon, 43, had been charged with the murder of Harry Conlon, 77, at the older man's home on Deansfield Close in Sunderland.

But on the day his trial was due to start at Newcastle Crown Court, Conlon, who played for Hartlepool United and Sunderland in the 1990s, admitted manslaughter.

He was remanded in custody to be sentenced on Tuesday.

Harry Conlon was attacked on 24 December and died in hospital on 18 January.

At the time, Northumbria Police said it was a "tragic case".