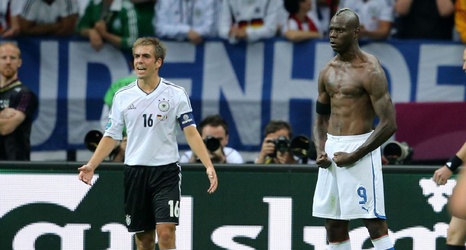 Ahead of the Euros, which begin this Friday -- Stream LIVE on ESPN, ESPN+ all summer long (U.S.) -- ESPN's experts have selected the most iconic moments from tournaments past as we wait to see what the 2021 edition has in store.

The Portuguese legend had dragged his side through to face hosts France in the final, but in the 17th minute he was on the wrong end of a clumsy tackle from Dimitri Payet.