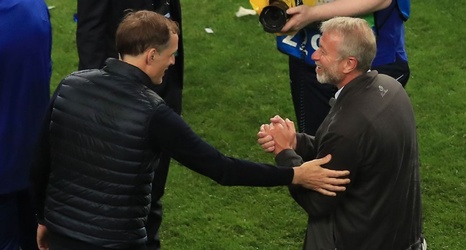 PORTO, Portugal -- Nothing quite underlines the unusual dynamic between owner and head coach at Chelsea as the first meeting between Roman Abramovich and Thomas Tuchel taking place on the field after they had just won the Champions League.

Almost an hour beyond the final whistle of the 1-0 victory over Manchester City and with only a few hundred supporters left inside the Estadio do Dragao in Porto, Abramovich drifted on to the pitch to belatedly join in celebrations, almost sheepishly posing alongside the trophy with captain Cesar Azpilicueta among others.