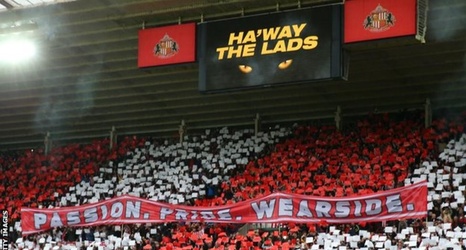 The Wearsiders wanted an even bigger allocation but the English Football League refused on segregation grounds.

"I certainly think the fans can have a bearing on the players and the team," Neil told BBC Radio Newcastle.

"You hope the players respond to the backing and find that little bit extra, but if I was Wycombe you'd dress it up the opposite way.