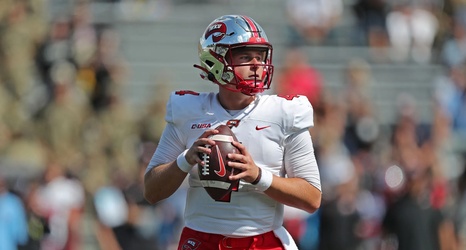 Remember in Star Wars when the empire built a giant Death Star capable of destroying planets in a matter of seconds?…And then turns out that all you had to do destroy it was fire once into a big, very visible hole in the side? That’s exactly what this Western Kentucky team feels like this year.

Graduate transfer quarterback Bailey Zappe has thrown for 13 touchdowns through three games this season. If Zappe remains healthy and keeps up this pace of throwing 4.333 touchdowns per game, he will break WKU’s single-season passing touchdown record of 49 set by Brandon Doughty in 2014.