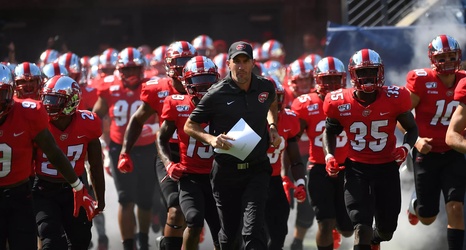 Series History: This is just the third meeting between these two teams. WKU won the previous two in 2013 and 2014.

The Tops have won two straight games headed into this week. Two weeks ago, they knocked off UAB in Bowling Green and last week they had a pretty complete performance in a road win against Old Dominion.

Ty Storey has stepped up after the injury to Steven Duncan with 382 passing yards while completing 36 passes on 52 attempts.