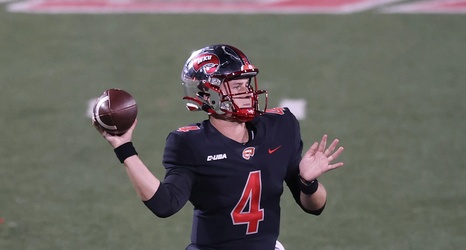 The Western Kentucky Hilltoppers entered their Saturday morning contest against the Florida Atlantic Owls needing a victory to stay on top of Conference USA East. The Tops jumped out to a quick start on senior day and didn’t look back on the way to a 52-17 victory.

WKU quarterback Bailey Zappe continued his fantastic season under center with 39 completions on 49 attempts for 470 yards with six touchdown passes and two interceptions. Those six touchdown passes were the most he has thrown in a game this season since he threw seven in the Tops’ opening week contest against UT-Martin.