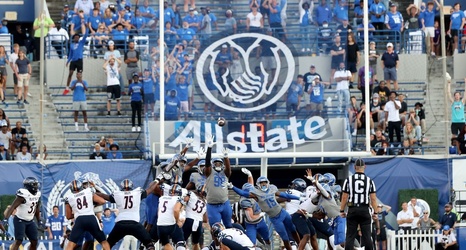 The Memphis Tigers and UTSA Roadrunners both came into Saturday’s contest undefeated, sporting identical 3-0 records, and boasting quality wins over P5 opponents. The game received considerable national attention, and Vegas oddsmakers tabbed this game at -3 for Memphis, signifying that neither team was particularly favored to win.

It was fitting then that the game would come down to a last second field goal, but no one would have predicted that outcome when compared to the how the game started. In the end, UTSA overcame a massive 21-0 deficit in the first quarter to steal the Liberty Bowl win in what is now, probably, the Roadrunners’ newest “signature win” in program history.