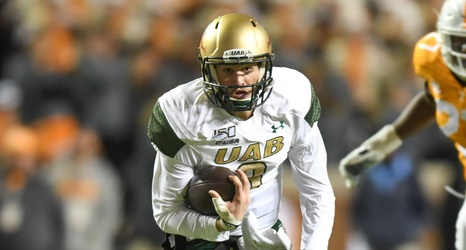 Things were a bit closer than the UAB Blazers (3-1) would have liked by the end of the game on Saturday evening in New Orleans. Tulane (1-3) had clawed back from a double-digit deficit on two separate occasions and gave themselves an opportunity at the end to tie, but when the dust settled, UAB prevailed.

Things got off to an excellent start for the Blazers who were already playing in their third road game of the season. Quarterback Dylan Hopkins led his offense on a long, 15-play scoring drive that chewed nearly seven minutes off the clock to open the game.