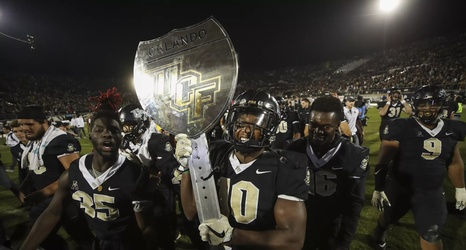 It wasn’t even an hour before kick-off when the fighting began. A USF linebacker went to the UCF side of the field andpushed a UCF player. From there, a small skirmish broke out. That chippiness flowed into the game.

A few minutes before half-time there was even a full blow fight, which included punches being thrown.

how in the hell did the fight end up in offsetting penalties?!?!? HOW. Watch the clip.... two photos coming... ABSOLUTE GARBAGE pic.twitter.com/yt0O4ndLPL

The War on I-4 was certainly full of that good, old-fashioned hate.