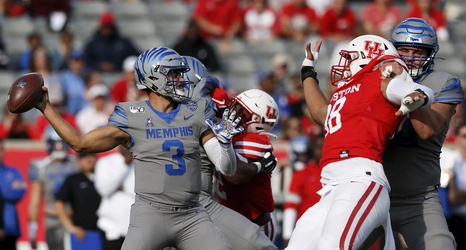 With eyes fixated on the program’s first-ever New Year’s Six appearance, the Memphis Tigers needed to take of business on the road in a stacked American West division, where road wins haven’t come easy this season.

It was an uphill battle with adversity in the first quarter for the Tigers, trailing 17-7. But Brady White’s stellar outing brought the Memphis offense in a rhythm and the defense shut out Houston for the final three quarters, clinching a 45-27 victory in the nation’s fourth largest city.

“These games are always a battle, and I thought our guys did a great job in how we responded,” Memphis head coach Mike Norvell said.