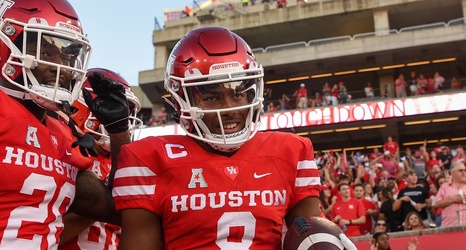 He’s a cornerback. He’s a kick returner. He’s a punt returner. And sometimes, he’s even a wide receiver. Houston’s Marcus Jones was many things in college, and now he’s an NFL Draft pick.

Jones was selected 85th overall by the New England Patriots in the third round of the 2022 NFL Draft. He is the 10th cornerback off the board and the second Cougar to be selected, joining defensive lineman Logan Hall.

Jones was as electrifying of a playmaker as there was during the 2021 college football season. Due to his excellence in a multitude of areas, he was honored with the Paul Hornung Award for the nation’s most versatile player.