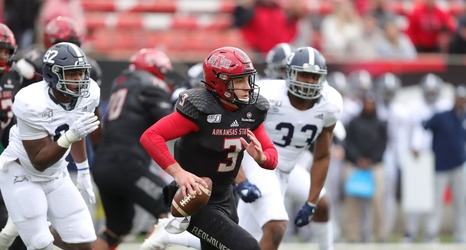 It seemed like deja vu for the Eagles this weekend, as they fell to Arkansas State on the road 38-33.

The Eagles are now 6-5 on the season and their hopes of the conference championship are now thoughts better suited for next season. Many Southern fans hoped that the Eagles would take care of business against Arkansas State on the road and then come home to take care of Georgia State the following weekend, in hopes that the now Sun Belt East division champions App State would drop a game against one of their remaining opponents. This scenario would’ve given Southern another shot at the conference title game.