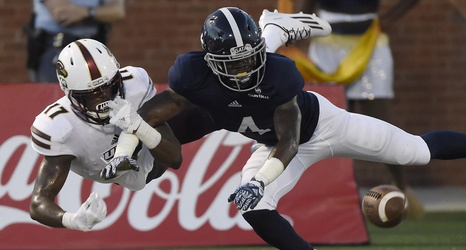 After coming off an embarrassing loss on the road to a sub-.500 Troy squad, the Eagles came back to Statesboro and avenged last season’s loss to ULM in Monroe, by defeating the Warhawks in Paulson Stadium 51-29.

With this win, Georgia Southern can check-off another box on their list of goals they wanted to accomplish, which is getting to bowl eligibility. However, in the bigger picture, the conference championship is still the ultimate goal, and it may be yet another year in which that goal is out of reach for the Eagles.

With all of that said, I thought the Eagles overall played a much more complete game than we’ve seen this season.