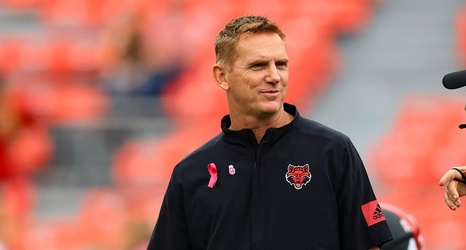 Butch Davis’ FIU Panthers will matchup against the Arkansas State Red Wolves out of the Sun Belt Conference in the 2019 Camellia Bowl on December 21st in Montgomery, Alabama.

The Red Wolves are led by sixth-year head coach Blake Anderson and finished the regular season with a 7-5 record.

Arkansas State enters the contest with the nation’s 14th ranked passing attack in yards per game (305.3) and are 31st in points per game (33.7).

Let’s take an early look at the opponent before both teams take the field in 12 days.