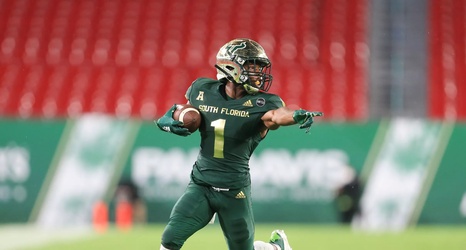 Well, this is weird. College football’s begun, but not everyone’s played after two weeks. I guess we just have to get used to this feeling. Six of the eleven AAC teams have yet to play a game, but I guess we’ll try and put together some power rankings. Given that this year’s a weird year, we’ll change things up a bit here. We’re not including the teams that haven’t participated yet. So if you’re a fan of Cincinnati, Temple, UCF, ECU, Houston, or Tulsa, we don’t hate you. Just give it some time for things to normalize (or at least as normal as possible).