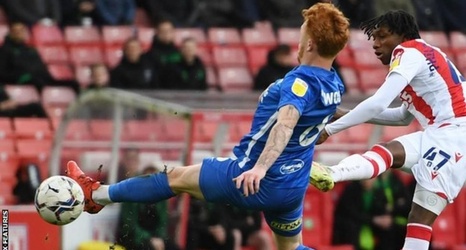 Birmingham City let slip an early lead in the Potteries, but then battled back to get a point as their Midlands derby with Stoke City ended all square.

Campbell then put Stoke ahead on 52 minutes, only for Gary Gardner to level it up again just six minutes later with his fifth Championship goal of the season.

After a game of only six shots on target, of which four went in, Michael O'Neill's Stoke are 13th in the Championship, but only six points off the play-off places, while Blues remain 18th, seven points behind the Potters.