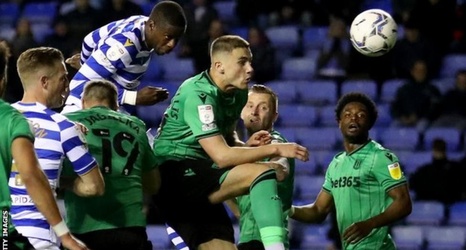 Reading edged closer to securing Championship survival as a second-half own goal gave them victory against Stoke City.

Taylor Harwood-Bellis headed into his own net under pressure from Lucas Joao as Reading retook the lead just after the hour.

Michael Morrison had headed them into an early lead, but Stoke substitute Romaine Sawyers equalised just before half-time when home keeper Orjan Nyland failed to hold his shot.

But Harwood-Bellis' own goal would prove the difference and enough for Reading to make it four games unbeaten and stretch the gap between them and the bottom three to eight points with six games to play.