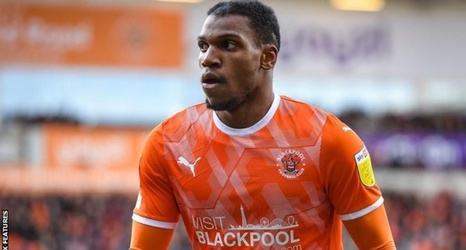 The 22-year-old spent last season in the second tier with Blackpool, where he made 24 league appearances.

Potters boss Alex Neil told the club website: "The signing of Dujon is an exciting one for us and we had to fight off stiff competition to get him.

"He's a talented young player who plays as a right wing-back, which is an area where we are short on numbers."