Chelsea in Potter talks after Tuchel sacking; Pochettino and Zidane on shortlist - sources 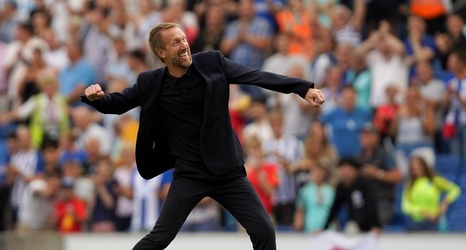 Brighton have given Chelsea permission to speak to Graham Potter as the club seek a replacement for Thomas Tuchel, sources have told ESPN.

The 47-year-old is now expected to hold talks with Chelsea after Tuchel was sacked on Wednesday morning after his 100th game in charge ended with a 1-0 Champions League defeat away at Dinamo Zagreb.

Sources have told ESPN that Potter heads a shortlist for the job which also includes Mauricio Pochettino and Zinedine Zidane.