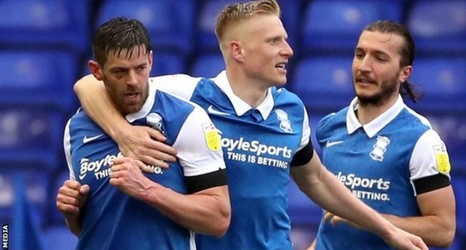 He then scored again eight minutes after the break, firing home a left-foot shot to complete Blues' third successive home league win under Lee Bowyer - as many as they had enjoyed in their previous 32.

That lifts Bowyer's rejuvenated side up three places to 18th, now nine points clear of the relegation zone, while injury-hit Stoke drop one place to 12th after their sixth defeat in 10 games.

Blues already had a fine record at home to Stoke, who have not won at Birmingham since October 1988.