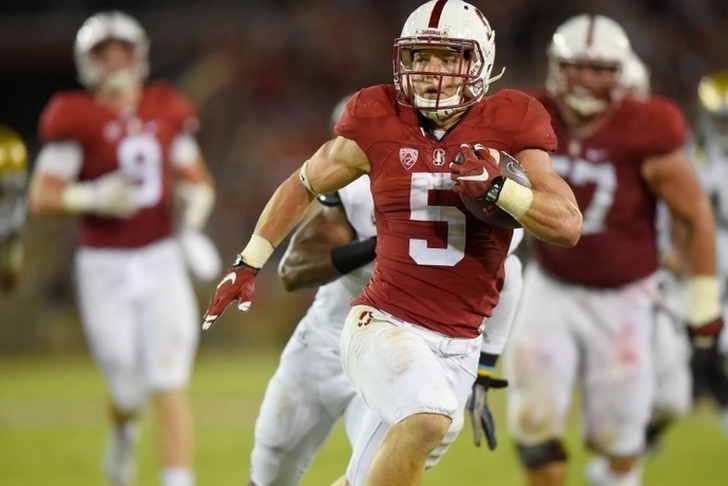 Christian McCaffrey scored on the first play from scrimmage, the start of a record setting day for McCaffrey in a blowout Stanford win. The Stanford Cardinal (12-2) defeated the Iowa Hawkeyes (12-2) 45-16 behind a dominant effort from McCaffrey.

The star running back set the Rose Bowl record for all-purpose yards, racking up 368. Most of his damage came on the ground, as he recorded 172 yards on 18 carries. He caught four passes for 105 yards and a score, leading the team. He also added 91 yards and a score on just two returns. He is the first player in Rose Bowl history with 100 yards rushing and receiving.

Stanford was up 38-0 early in the third quarter before taking their foot off the gas. Iowa mustered 290 yards of total offense. The normally stout running game had just 51 yards on 37 carries.

The Cardinal ran for 207 yards, with QB Kevin Hogan contributing a score and 24 yards. Hogan completed 12 of 21 passes for 223 yards, three scores and a pick. That interception came in the end zone late in the fourth quarter. One of Hogan's TD passes came on a fake fumble play.

The Hawkeyes scored 16 unanswered to close the game, but it was too little, too late. QB C.J. Beathard completed 21 of 33 passes for 239 yards, two TDs and a pick. That interception was returned for a TD.

Stanford capped the win with a 42-yard TD pass from Hogan to Michael Rector with two minutes to play. The last play of the game for Iowa was a fumble that Stanford recovered.