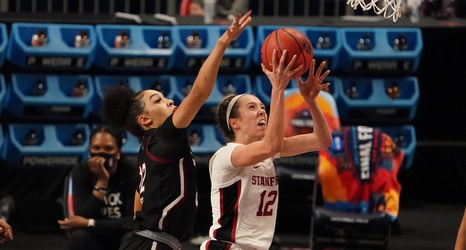 A battle against two No. 1 seeds in the Final Four of an NCAA Women’s Basketball Tournament is supposed to be a marquee matchup, and it certainly was Friday, as the Stanford Cardinal just outlasted South Carolina to win 66-65 and advance to the national title game.

Haley Jones had a career night, with 24 points, including the winning basket, to lead the Cardinal, while it was another balanced team effort overall to carry Stanford over the line and just edge South Carolina in an epic game.

South Carolina got out to a 5-0 lead, but good ball movement led to a trademark shot for Jones to get on the board at 5-2.