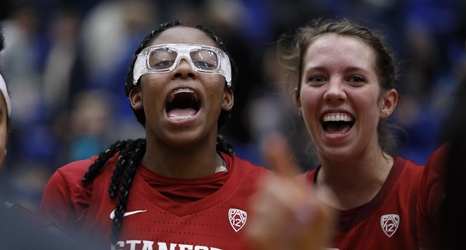 It doesn’t take a genius to know that all that can go well for the Stanford Cardinal women’s basketball program is going well. No. 1 in the nation, the Cardinal are cruising past every opponent that they can schedule and keep on the schedule.

They’ve won their first four games of the season by a combined margin of 375-182 and legendary head coach Tara VanDerveer has tied Pat Summitt for most wins all-time in the process. While the next victory will be for sole possession of the record, we had some highlight-reel material moments come in the most recent victory over Cal.