How to Watch Stanford vs. Arizona, 2021 NCAA Tournament Championship 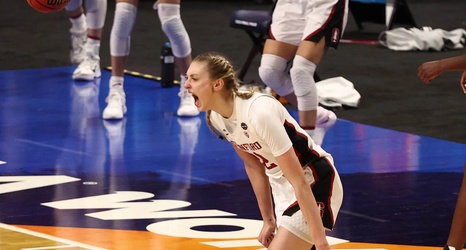 The Stanford Cardinal officially know their last game of this most unusual season will be Sunday, when they take on fellow Pac-12 team Arizona in the 2021 NCAA Women’s Basketball Tournament championship game.

Stanford are coming off two especially tough games, but their never say die attitude and balanced team play helped them overcome Louisville in the Elite Eight and then just barely outlast South Carolina in an epic Final Four clash. It’s clear the Cardinal have been battle-tested, and this group gets one more chance to show what they can do together in the biggest game of the season.