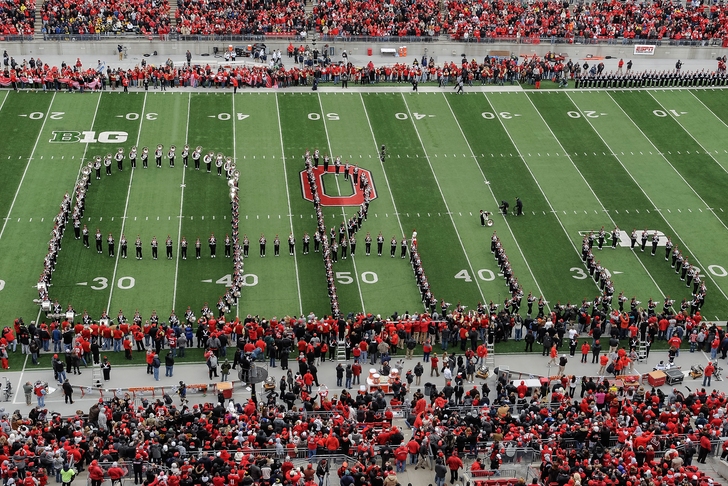 Ohio State's famous marching band, dubbed "The Best Damn Band In The Land" are well-known for spelling out "O-H-I-O" before every home game, with either a tuba or a local celebrity left to usually dot the "I".

Seemingly out of the blue on Saturday, Stanford's marching band decided to put together an inspired spoof of the Buckeyes' infamous pregame ceremony.

As photographed by SBNation's Steven Godfrey, Stanford's band spelled out "Oh No" and gave the team's tree mascot the honor of dotting the...N(?!?) 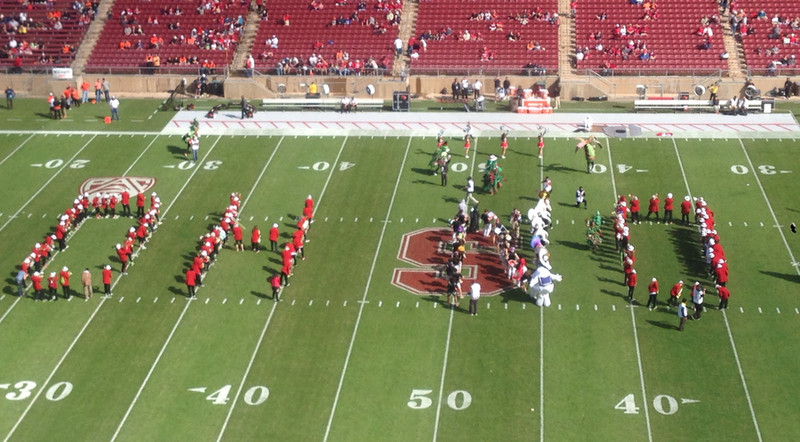 Is Stanford's marching band is just being goofy like usual? Or are they legitimately trying to start a blood feud by referencing the OSU band's recent troubles? Either way, it's another feather in the cap of one of the more interesting (albeit controversial) marching bands in the nation.