The 5 Toughest Games On Stanford's Schedule In 2016 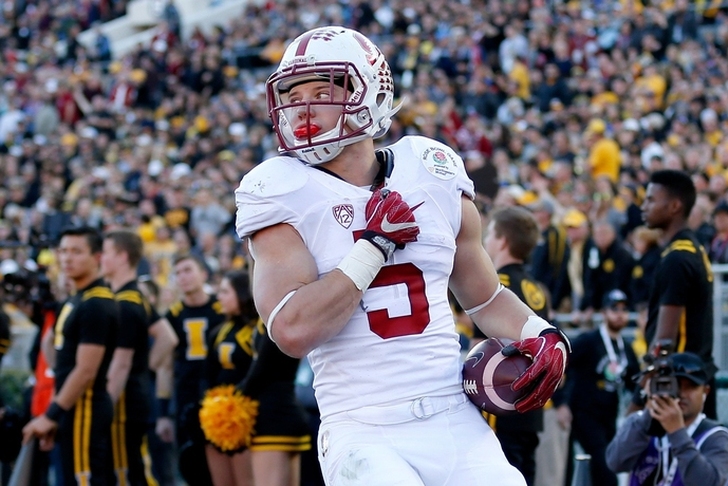 College football is unique in that a single loss could mean the difference between a conference championship (or the ultimate regular-season goal, a College Football Playoff spot) and ending up in an average bowl game. If the Stanford Cardinal want to reach their goal of winning the Pac-12 and competing for a College Football Playoff berth in 2016, they need to win some of their most challenging games. Here are Stanford's five toughest games heading into this year:

5. USC Trojans (September 17th)
A game against USC would normally rank higher on this list, but the it's a home game for Stanford and comes right after a bye. While it's still a tough game, there are more difficult ones ahead.

4. at Washington Huskies (September 30th)
This is the second road game of the year for the Cardinal, and comes right after another game on this list. The Huskies went just 7-6 last year, but this is a team on the rise. They'll present quite the challenge for Stanford.

3. at UCLA Bruins (September 24th)
The Bruins nearly took the No. 2 spot on this list. UCLA went 8-5 last year and should be even better this season. Don't be surprised if these two teams meet again the Pac-12 championship game.

2. at Oregon Ducks (November 12th)
A game against Oregon in November means the Pac-12 North title could be on the line. The Ducks had their issues last year, but still finished 9-4. Going on the road will only make things harder for Stanford.

1. at Notre Dame Fighting Irish (October 15th)
It's not often an out-of-conference mid-October game has College Football Playoff implications, but that's the case here. Notre Dame is a national title threat, and this could serve as an elimination game for both teams. Going to South Bend makes this the toughest game on the schedule for Stanford.