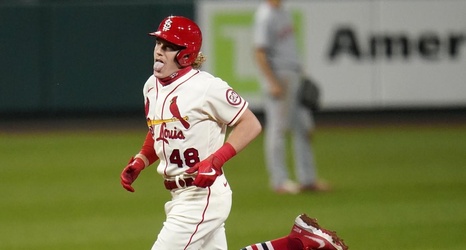 In an inning when Dakota Hudson gave Cincinnati a little bit of everything, from enough walks to load the bases, a run for a lead, or the pitch the Reds knew was coming, it’s what he didn’t allow that decided the game.

The Cardinals’ sinkerballer slipped free from a bases-loaded bear trap in the third and took a no-hitter into the sixth inning Friday night at Busch Stadium. He escaped the inning he nearly sabotaged and spent the entirety of his start pitching in a one-run game. After his evening ended the Cardinals unloaded for a 7-1 victory against Cincinnati.