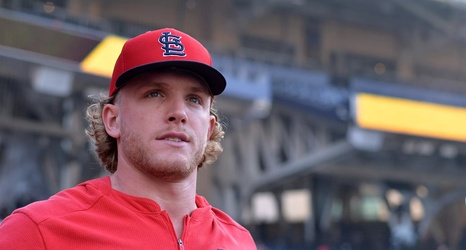 The Cardinals announced that Harrison Bader has been recalled from AAA Memphis, and Randy Arozarena has been optioned to the same club.