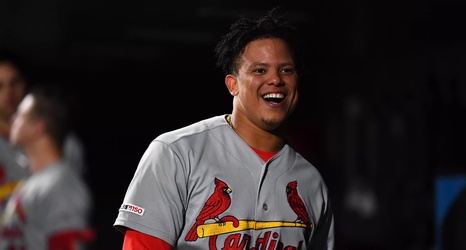 After 13 days of spring training games, the Cards have made some roster moves to thin out the camp a bit. In addition to the cuts made on March 7th, there was actually an addition on March 2nd, and a shocking development that resulted in another player’s subtraction from the team for good on March 7th.

After Yairo Munoz injured his hamstring running to first base in the bottom of the 7th of the February 29th game and Brad Miller was scratched from the starting lineup of the March 1st game due to lower back stiffness, the Cards felt like they needed some more middle infield depth to get through the spring.