Tough-as-steel Gibson also had a softer side 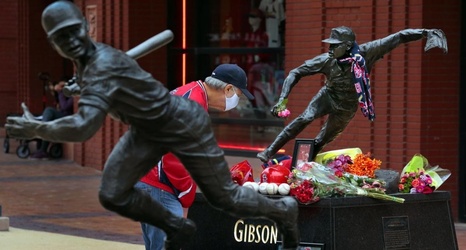 Two-time Cy Young Award winner and a Most Valuable Player. World Series hero. Immortalized the numbers 1.12, as in his earned-run average in 1968. Fierce competitor. Beyond fierce, perhaps.

This was the Bob Gibson on display for all to see.

“What you saw was what you got,” said Bill White, the first baseman on the 1964 World Series champions.

“His reputation was that of a violent competitor,” said longtime catcher Tim McCarver after learning his friend had died in Omaha, Nebraska, on Friday night from pancreatic cancer. “But few realized that one of the best things about Bob was his ability to laugh — the way it came so easily to him.