Tommy Edman, man of many gloves, comes prepared for a spring on the move 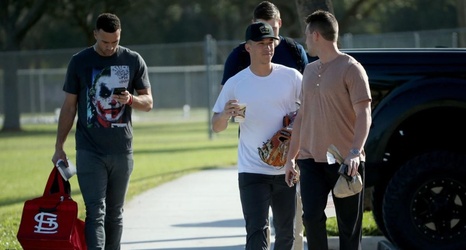 JUPITER, Fla. — Tommy Edman arrived at spring training carrying a warm cup of coffee in one hand and juggling a metaphor in the other.

The Cardinals’ second-year super-sub who led the team with an .850 OPS after his midseason arrival reported to the team’s spring training complex Tuesday with four new Wilson gloves, all nestled on one arm. He had one tucked into the elbow of his left arm and three others collected in his left hand, all so he could balance his coffee in his right. He’ll need them all for what the Cardinals have planned for him this spring.