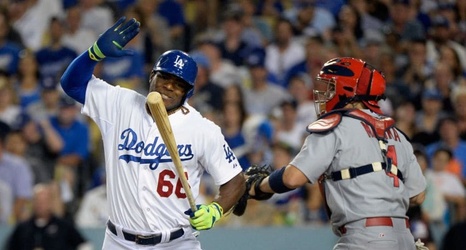 LOS ANGELES, CA - OCTOBER 04: Yasiel Puig #66 of the Los Angeles Dodgers reacts after he was struck out in the third inning against the St. Louis Cardinals in Game Two of the National League Division Series at Dodger Stadium on October 4, 2014 in Los Angeles, California. (Photo by Harry How/Getty Images)

After the Cubs, which other teams do St. Louis Cardinals fans fear and loathe, and which do they like?

Passionate fans love it when rival teams lose. The only thing as satisfying as a St. Louis Cardinals win is a Cubs loss, although a Reds or Dodgers defeat can feel good, too.