The Cardinals Have a Problem at Catcher 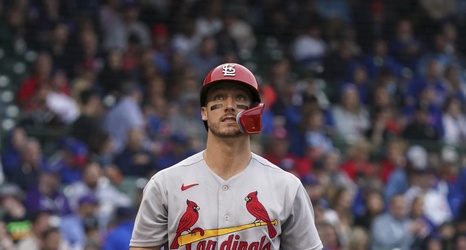 After Sunday afternoon’s loss to the Cincinnati Reds, Cardinals’ Manager Oli Marmol took a question from the press core about the state of hitting from the team’s catcher position.

If there’s one thing we’ve learned about Oli so far it’s that he’s not at all afraid to talk about the issues his players are having (and he has with his players) to the media. On Saturday, Marmol benched Harrison Bader for a perceived lack of hustle and talked about that decision extensively in the post-game presser. On Sunday, it was Andrew Knizner’s approach at the plate that drew his gaze.