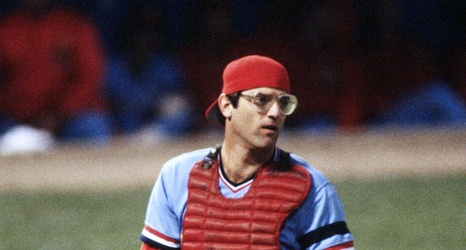 Darrell Porter was signed in 1980 to take the place of the beloved Ted Simmons at catcher for the St. Louis Cardinals. When he played for the Milwaukee Brewers and Kansas City Royals, he was known for his excellent defensive skills and power-hitting ability. Additionally, he was only the second catcher in MLB history to record 100 walks, 100 runs, and 100 RBIs in a single season.

However, in spite of being a four-time all-star, Darrell Porter wasn’t the same player in St. Louis and never really embraced by Cardinal fans. Regardless, without Darrell Porter’s MVP performance in the 1982 NCLS and World Series, the St.