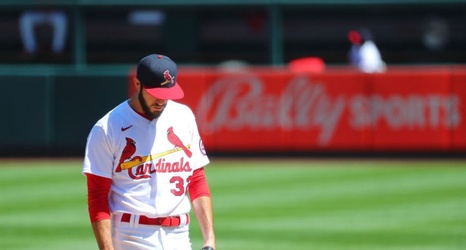 ST LOUIS, MO - APRIL 11: Daniel Ponce de Leon #32 of the St. Louis Cardinals reacts after giving up a three-run home run against the Milwaukee Brewers in the second inning at Busch Stadium on April 11, 2021 in St Louis, Missouri. (Photo by Dilip Vishwanat/Getty Images)

The first two weeks of the regular season are in the books and even with such a small sample size, there are sure to be overreactions. MLB.com recently released a power rankings list and put the St. Louis Cardinals at No. 13 after ranking No. 10 to start the season.