SLU has given three Cardinals place to stay sharp 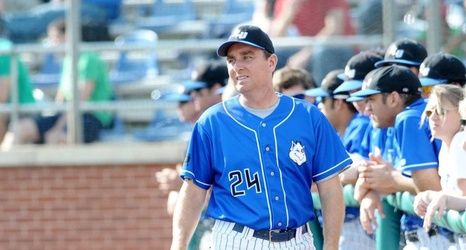 Classic rock was playing overhead as Kolten Wong stepped into the batting cage.

Players control music in the Busch Stadium clubhouse, but on this day it was in the hands of Darin Hendrickson, whose preference is radio station KSHE over, shall we say, a more modern sound.

The St. Louis University baseball coach seemed to relish the chance to impose his tastes. And no one was going to argue. After all, he has opened his baseball home on the SLU campus to a handful of Cardinals players for two months. His willingness to do so was music to their ears.