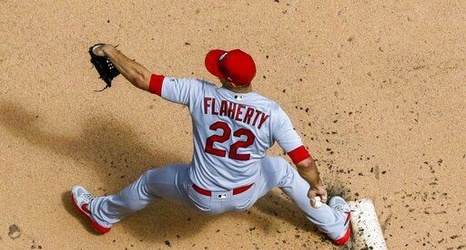 The lead the Cardinals steamrolled toward during a collision at home plate in the seventh inning proved costly enough, and that was before the bullpen came completely apart.

Matt Carpenter and Cincinnati catcher Tucker Barnhart appeared to both be injured on the same play that momentarily gave the Cardinals a one-run lead when Barnhart dropped the ball. Neither remained in this game to see a series of curiously aggressive choices cost the Cardinals.

In what would have been the 101st opening day in Cincinnati history, the Reds rallied for nine runs in their final three at-bats to upend the Cardinals 9-4 on a simulated lovely day at Great American Ball Park.