Should the St. Louis Cardinals bring back Adam Wainwright? 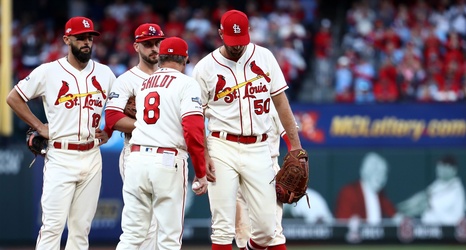 Watching Adam Wainwright walk off the mound in the eighth inning of October 12th’s NCLS game versus the Washington Nationals, I wondered if this would be the end for the 38-year old right-hander. Even though we saw Wainwright pitch again in relief in the following Tuesday’s finale, that Saturday’s exit could’ve been his swan song at home in a St. Louis Cardinals uniform.

Speculation has already started by fans and media on whether Wainwright will or should be brought back in 2020. Mark Saxon of the Athletic said on 101 ESPN that he thought the Cardinals would bring back Wainwright next year.