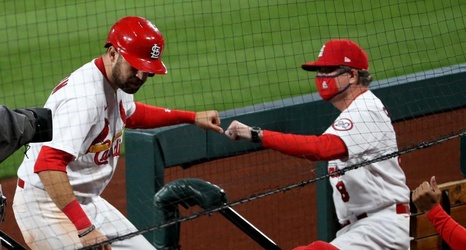 CARLSBAD, Calif. — Less than a month after his abrupt firing as manager of the Cardinals, Mike Shildt was announced as one of the leading vote-getters for the National League Manager of the Year Award.

Shildt won the award in 2019, has been among the top four for the award in three consecutive years, and he's received votes in all four seasons he was manager. That includes 2018, when he took over midseason.

Shildt was announced Monday by the Baseball Writers' Association of America as one of the three "finalists" for the award. The other two leading vote-getters revealed were San Francisco's Gabe Kapler and Milwaukee's Craig Counsell.