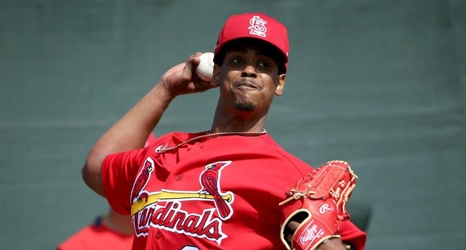 JUPITER, Fla. — Cardinals righthander Alex Reyes, who warmed up multiple times before finally entering the game, retired only one of five Washington Nationals hitters he faced in the fourth inning in Tuesday's 9-6 exhibition loss.

Reyes, who had pitched only 67 1/3 professional innings in the past three seasons because of Tommy John surgery and other injuries, walked two and allowed two hits and two runs while throwing 24 pitches, only 12 strikes. The only out he recorded was on a strikeout of minor leaguer Randy Read.

Reyes, who caught the attention of the baseball world with a sensational second half of the 2016 season, last pitched in the majors for the Cardinals when he was a reliever at the start of the 2019 season before being sent out and then getting hurt.