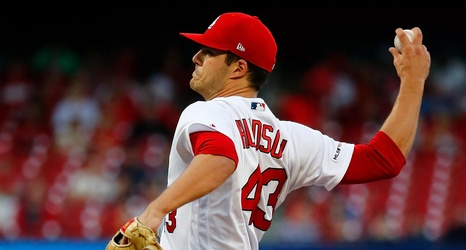 After a trip to Monterrey to participate in the Mexico Series, the Cardinals are up north in Milwaukee. This week, they will play three games against the Brewers at Miller Park.

Cardinals outfielder Harrison Bader missed Sunday’s game with right hamstring tightness. The team made a move that probably corresponds with this before Monday’s game, as they recalled Drew Robinson from Triple-A Memphis and optioned reliever Giovanny Gallegos.

The Cardinals enter the series with a record of 9-6, and the Brewers are 10-6. Outside of the Padres, the Brewers are the only National League team with a winning record to have a negative run differential.