Reyes matches Franklin for efficiency by Cardinals closer in April 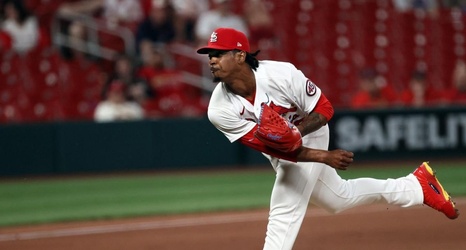 The closer who wants to be a starter, Alex Reyes, nailed down his sixth save in six tries for the Cardinals Tuesday night and didn’t walk anybody in the process, striking out two in the ninth. Reyes had walked 10 in his first 9 1/3 innings although he has not allowed a run this season in 11 games.

With that outing, Reyes became only the second Cardinals closer (Ryan Franklin in 2009 was the first) and the 17th in history to have six or more saves, not allow a run and pitch at least 10 1/3 innings in April.