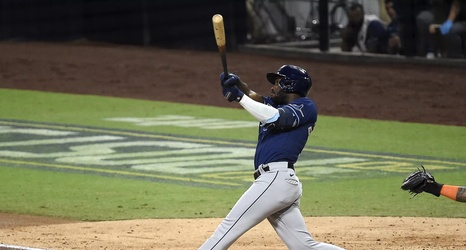 Randy Arozarena can hit the baseball. Over the last few weeks, the former Cardinals’ prospect has captured baseball’s attention with a phenomenal display of offensive prowess.

As of Friday afternoon, Arozarena has hit 13 HRs in 128 combined regular season and postseason plate appearances. His HR rate is around 50% per fly ball.

He’s the greatest baseball player who ever lived.

Ok. He’s probably not, but you would never know it from the way Cardinals nation is responding to his success. There’s a great deal of self-loathing, more than a little rage-Tweeting at the front office, and some very revisionist back-slapping “told ya so’s!