Relieved he avoided a worse injury, Wong says he's 'not going to push it -- for now' 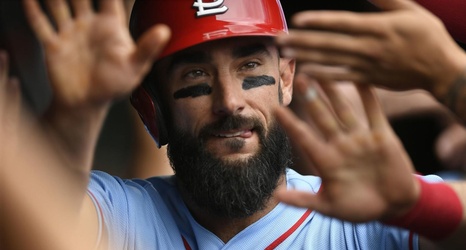 Two days after straining his hamstring, Wong rejoined the team at Wrigley Field on Saturday morning and was eager to see what light activity he could do that got him a step closer to a return. An MRI taken of his hamstring Friday in Chicago revealed a “moderate” tear, he said, and he hoped a follow-up exam with a team physician Saturday would clear his way toward testing his tolerance for pain. The team will have to first determine that he won’t do further harm to the hamstring by trying.

Manager Mike Shildt said there’s no timetable for Wong’s return, and that however he could help the team — starting, running, pinch-hitting — would involve the injured muscle.